Today SalmoBreed Salten AS, which is owned by Benchmark Genetics, has reached a new milestone with the delivery of 100 million eggs since its inception.

The land-based broodstock and egg facility in Sørfjorden, which was officially opened on 21 May 2019, is the most advanced of its kind in the world. Since May 2019, there has been a gradual increase in production volume, and the goal is to eventually reach an annual production of approximately 150 million eggs, which is the maximum capacity for the facility.

Biosafe, all year round production

Today’s delivery of egg number 100 million is an important milestone for SalmoBreed Salten AS.

“The way we produce broodstock here in Salten is unique”, says Kristian Sørmo, who is Production Manager at the facility.

“We have brood fish on land throughout the life of the fish, and can with the help of light and temperature create artificial spawning seasons for the brood fish.”

The facility is designed to maintain a steady production of eggs throughout the year, in contrast to how it works in traditional broodstock and eggs farms that use broodstock that have been in the sea.

“This is something the customers, who are Norwegian salmon farmers, appreciate. In recent years, the industry has invested large sums in advanced  RAS facilities for smolt, which is the first phase in the production of salmon. These facilities need to be supplied with salmon eggs throughout the year, also outside the salmon’s natural spawning season” 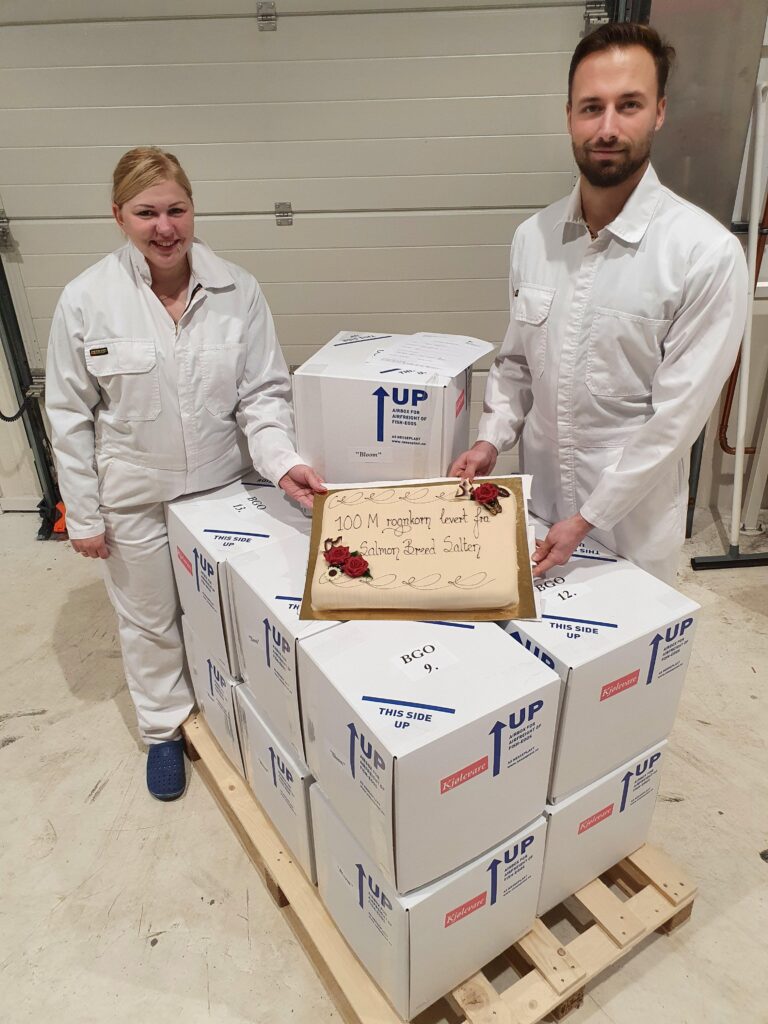 At the island of Askøy, outside Bergen, egg number 100 million was delivered to Blom Settefisk AS, which is part of the batch of just under half a million ova.

“The product that we delivered to Blom today is produced from brood fish which, among other things, have been selected specifically for resistance to sea-lice”, says Kate F. Stenerud, who is the company’s Regional Manager for sales in southern Norway.

“We belong to the British group Benchmark, and they are world leaders in aquaculture genetics”.

“This means that customers who receive eggs delivered from Sørfjorden not only receive deliveries whenever they want throughout the year, but also product traits such as increased resistance to sea-lice and a number of fish diseases. This way, we are contributing to a more sustainable salmon farming industry,” she says proudly.

Handing over the baton

Klaus Nyhammer, who is Production Manager for smolts at Blom Fiskeoppdrett, thought it was great  that his company was the one who received the ova number 100 Million. The entire batch passed the quality control with excellence upon arrival.

“Now we will take over the “baton” and ensure that the eggs are taken care of in the best possible way from hatching until late summer 2021, when the smolt will be put into the sea.”

Here, genetic traits such as robustness, increased lice resistance and faster growth will be important to ensure that it eventually ends up as a fish ready for harvest in the autumn of 2022.

The milestone that has been reached today is celebrated with cake both at the facility in Salten, at Blom Settefisk and at Benchmark Genetic’s head office in Bergen.

“We have ordered cakes decorated with chocolate looking like salmon eggs for the occasion. It is important to celebrate great events like this both for the employees at the Salten facility, whom have made a fantastic effort to develop the operation, and together with our customer, who shows us confidence by choosing ova from Benchmark Genetics as the starting point for their value chain”, Kate proudly concludes . 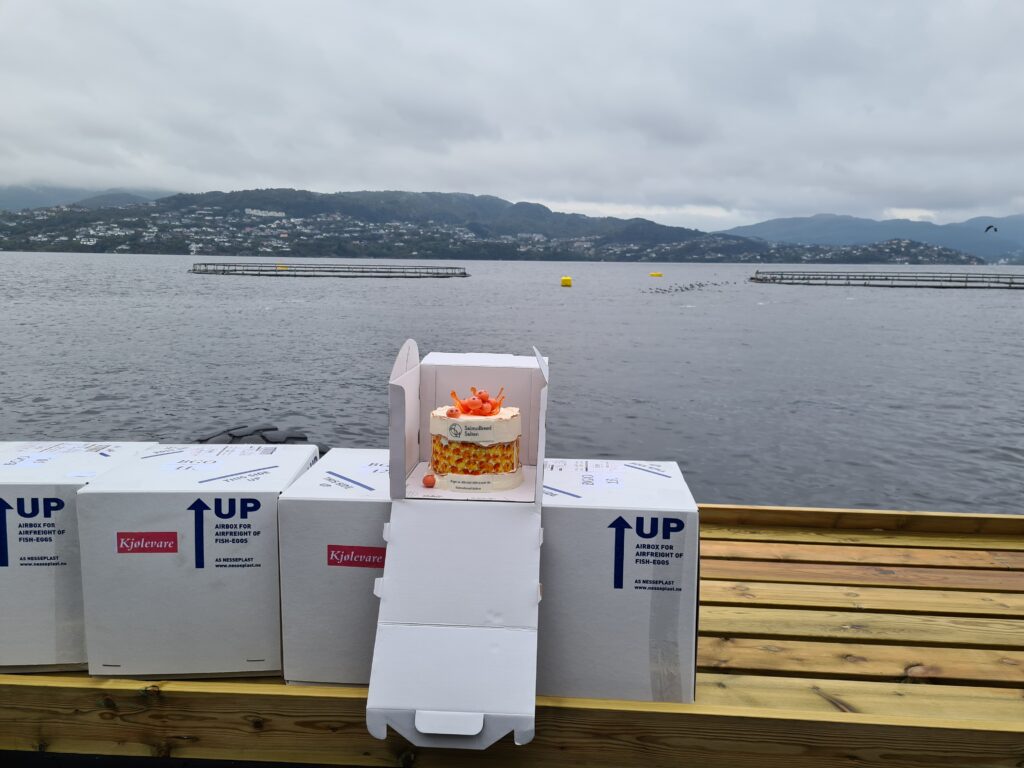 Benchmark shortlisted for three awards in the Aquaculture Awards 2020