Home — News — SagaChile: New strain of salmon ova with a pedigree of excellence

SagaChile: New strain of salmon ova with a pedigree of excellence

In 2021, Benchmark Genetics Chile will begin to market its new strain, SagaChile. SagaChile is adjusted to the local market and is a well-known name in the country. Showing evidence of the importance that Chile represents within Benchmark Genetics’ plans, the company has focused numerous efforts on the development of a new variety of eggs, generated locally, that respond to the requirements and particularities of crops in this part of the world. As a starting point, the major focus of this new strain will be on balanced improved growth with late maturation, QTL IPN, as well as genomic selection for resistance against SRS, Caligus and BKD.

Our new brand in Chile reflects our commitment to honor the past, while bringing the best of Benchmark Genetics’ knowledge and resources to the present, with the goal of improving the future. SageChile is a new, improved, and high-quality salmon strain, adapted to the conditions and challenges in Chile. 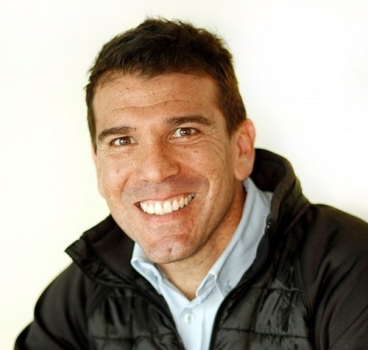 “Benchmark Genetics Chile brings together and implements the best genetics, the most advanced technology, and the experience of its professionals in Norway, Iceland and Chile, to offer a tailored product, designed and specially adapted to the specific needs, conditions and challenges present in our country.” – Pablo Mazo, General Manager, Benchmark Genetics Chile

In addition to the balanced growth improvements associated with late maturation, already incorporated into its base product, this new strain shows molecular markers of quantitative trait locus (QTL) for the Infectious Pancreatic Necrosis virus (IPN), as well as increased resistance to Piscirickettsiosis (SRS), Caligus and Bacterial Kidney Disease (BKD).

These last improvements were achieved from challenges made against these pathogens in experimental stations in Chile, using validated and standardized methodologies.

Pablo Mazo confirms the company’s commitment by explaining: “We believe in the Chilean industry it is important for Benchmark Genetics to be in the second largest salmon producing country, bringing to Chile our capabilities, knowledge, but also our business strategy based on customer support. Our plan is to become not only suppliers, but partners, improving the results and efficiency of producers. We believe in the regulations implemented for Chilean aquaculture and we are sure that this is a sustainable industry in the long term, of which we want to be a part”. 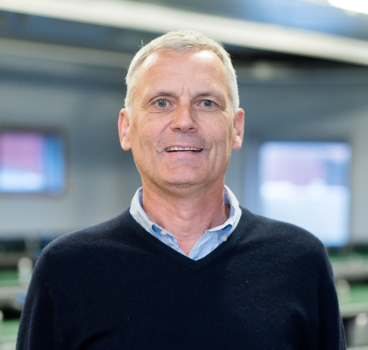 “From our two production units in Chile, we will provide the local industry with a high-yielding strain that is already performing outstandingly in markets such as the Faroe Islands, where with an 85% market share, Benchmark Genetics provides eggs to the main producers.” – Jan-Emil Johannessen, CEO of Benchmark Genetics

Since 1995, StofnFiskur, based in Iceland, began to send Atlantic salmon eggs (Salmo salar) to Chile from its headquarters. With the beginning of the new century, they began to supply the Chilean salmon industry with foreign eggs, produced in Iceland under the name Saga. In 2015, the company became part of Benchmark Genetics, thus being able to access and implement highly advanced tools and processes of proven success in genetic selection, both in Nordic and global programs.

Executive Director of Benchmark Genetics, Jan-Emil Johannessen, explains that StofnFiskur has the highest level of biosecurity certified by the National Service for Fisheries and Aquaculture, Sernapesca, according to the compartments standard of the International Organization of Epizootics (OIE).

It also has a unique strategic position, as it is the only genetic supplier of Atlantic salmon this certification has also served to transfer of the complete breeding nucleus to Chile in 2017, and the immediate adaptation of genetic selection to the Chilean industry and it’s challenges Jan-Emil explains that: “All the work carried out is fully integrated as part of Benchmark Genetics’ technology and genetic resources transfer strategy. Likewise, Benchmark Genetics’ know-how in biosafety production has also been implemented in Chile, with the aim of providing the Chilean industry with the best genetics and highest levels of biosafety.”.

The first locally produced SagaChile ova is a reality