Trond Williksen is highly experienced in the international aquaculture and seafood industries, having held senior executive positions in the sector for over 20 years. Most recently he was CEO of SalMar ASA, the Norwegian fish farm company and one of the world’s largest producers of farmed salmon. Prior to this, he was CEO of AKVA group ASA, the leading global aquaculture technology and service provider for six years. He previously held a number of senior roles in Aker ASA’s Seafoods, Ocean Harvest and BioMarine divisions.

Septima joined Benchmark from Dechra Pharmaceuticals PLC, the international provider of specialist veterinary pharmaceuticals and products, where she spent four years. Having joined as Group Financial Controller she was Acting CFO between 2016 and 2017. She was most recently Corporate Development Director overseeing all aspects of acquisition activities, strategic projects, business development and investment initiatives playing a significant role in supporting Dechra during a period of high growth.

Peter has a strong track record in growing successful international pharmaceutical and healthcare businesses. He is most renowned for his achievements as CEO of Clinigen Group plc, the FTSE AIM global pharmaceutical and services company, which he founded in 2010 and grew into close to a £1bn market cap company having acquired several businesses and expanded its international footprint.

Prior to Clinigen, he held a number of senior roles in the pharmaceutical and healthcare sectors including Chief Executive Officer and leading the MBO of Penn Pharmaceutical Services. He co-created Unilabs Clinical Trials International in 1997, which was successfully sold to Icon plc in 2000.

Peter is non-executive Director of Osler Diagnostics and an Heath Sciences Advisor at Oxford Science Innovations. In addition Peter has an investment fund, Enigma Holdings Group, and serves on a number of the Boards of companies owned by the group. He also owns XPG Ltd a building and development company.

Susan has over 20 years’ experience working in a variety of commercial, business development, manufacturing and operational roles including investing in growing technology businesses, acquisitions and the exploitation of new technologies. She co-founded Touchstone Innovations plc (acquired by IP Group plc), one of the world’s leading technology venture investment businesses, and served as its CEO from 2002 to 2013.

She was the former chair of Mercia Technologies PLC, a regional technology and biotech investor and holds an MA in Chemistry from Exeter College, Oxford.  Susan was also a former Senior Independent Director and Remuneration Chair of Horizon Discovery Group plc.

Susan brings to Benchmark plc a wealth of experience having served on a variety of company boards. Her current roles include: Non-Executive Director of QinetiQ Group plc and Chair of Schroder UK Public Private Trust plc (SUPP).

Kevin is a qualified Chartered Accountant with over 30 years’ of financial experience in international business and the biosciences industry, including with FTSE 100 companies.

Kevin has, for the past 11 years, been Chief Financial Officer at Berendsen plc, the leading FTSE 250 European textile service business. Previously, Kevin held senior finance positions within biosciences group Amersham plc and before that was a partner with PricewaterhouseCoopers (Prague). Kevin holds a BA in French from University College, Durham.

Yngve has more than 20 years experience in the aquaculture sector as a senior executive, adviser and investor. Yngve was chief executive of leading Norwegian salmon producer Salmar, and of international white fish supplier Aker Seafood during periods of successful growth.

He is now chairman of Chilean salmon producer Nova Austral, and sits on the board of Mediterranean fish producer Andromeda. Yngve also acts as strategic adviser to investors in the aquaculture sector. Yngve has a very strong track record in Benchmark’s focus area of aquaculture, both in the Norwegian and international markets.

Kristian has more than 13 years experience as an investment professional with a particular focus on the aquaculture, pharmaceuticals, energy and renewables sectors. Kristian is currently an Investment Professional and Co-Head of Ferd Capital, a division of Ferd AS, a Norwegian investment company holding 26% of the Company’s issued share capital. Prior to that, he was a Partner at Herkules Capital, a leading private equity firm in Norway. Before this, he was a research analyst at First Securities, an investment banking firm. Kristian has held various board positions and is currently a Board Director of a number of companies including Fjord Line AS, a Scandinavian cruise and ferry operator.

Jennifer is a French qualified Solicitor with over 10 years’ experience. Jennifer previously worked in French law firm SCP de Poulpiquet & Co and more recently as an in-house legal counsel for KellyDeli, a European sushi retail company where she gained experience in the salmon industry, focusing on commercial agreements, corporate and competition law.

Since joining Benchmark, Jennifer has been advising and supporting Group companies to execute their strategies. Jennifer holds a MA in Law from the university of Nice and “Diplome de Notaire”.

Athene joined Benchmark in 2014 as Group Legal Counsel, having spent 10 years working as a qualified solicitor with Slaughter and May and Travers Smith in London, with brief stints in Hong Kong and Tokyo. Between 2014 to 2019, Athene built the Group’s Legal and IP function; was involved with acquisitions, corporate finance and integration projects; oversaw the IT team; and sat on the PLC Board as Company Secretary, Operations Board and divisional Boards.

John joined Benchmark from Novartis Animal Health in 2011 where he was their Head of European Business unit Aquaculture and Head of Global Technical Services – Aquaculture.

John has a degree in Agricultural and Environmental Science (honours in Crop Protection) from Newcastle University and an MBA from Open University with Business Finance and Acquisition Strategy from Harvard University. He has 20 years experience in the animal health industry working in R&D, sales and marketing, business development, business unit leadership and leads Benchmark’s Animal Health division.

Jan-Emil joined SalmoBreed as Chairman of the Board in 2011 and managing director in 2013. Prior to this he has been working 10 years with Norwegian branded food company Rieber (Toro) and 15 years in the family company Fossen AS (today Lerøy Fossen AS).

Fossen was one of the pioneers in Norwegian fish farming with special focus on trout and value added products. During his time with SalmoBreed Jan-Emil has prepared the company for an ownership change and now looks forward to a new era for the company together with Benchmark and Stofnfiskur colleagues. Jan-Emil holds a MSc in Business Administrations and Economics as well as University courses in Aquaculture. He lives in Bergen with his wife and 3 children. He enjoys skiing in the winter and water sports and boatlife in the summer.

Ivonne joined Benchmark in 2017 after 20 years as Corporate Finance adviser at Cenkos Securities and Merrill Lynch. Throughout her career Ivonne has advised UK and international companies on a broad range of corporate finance transactions including IPO’s, fundraisings and M&A as well as on investor communications, corporate governance and regulatory matters. Ivonne holds a BSc in Engineering and an MBA from the Wharton School of Business.

Doerte gained over 20 years professional experience in leadership functions related to innovation management, product management, new business development and marketing & sales. She built her professional profile by having worked at leading multinational B2C and B2B players related to the LifeScience and Packaging industry; such as Mars, Boehringer, DSM and Amcor.

She holds a PhD in Chemistry from the Technical University Clausthal (Germany), an executive MBA from Henley Management College (UK) and a Diploma in Business Psychology from Heriot Watt University (UK). 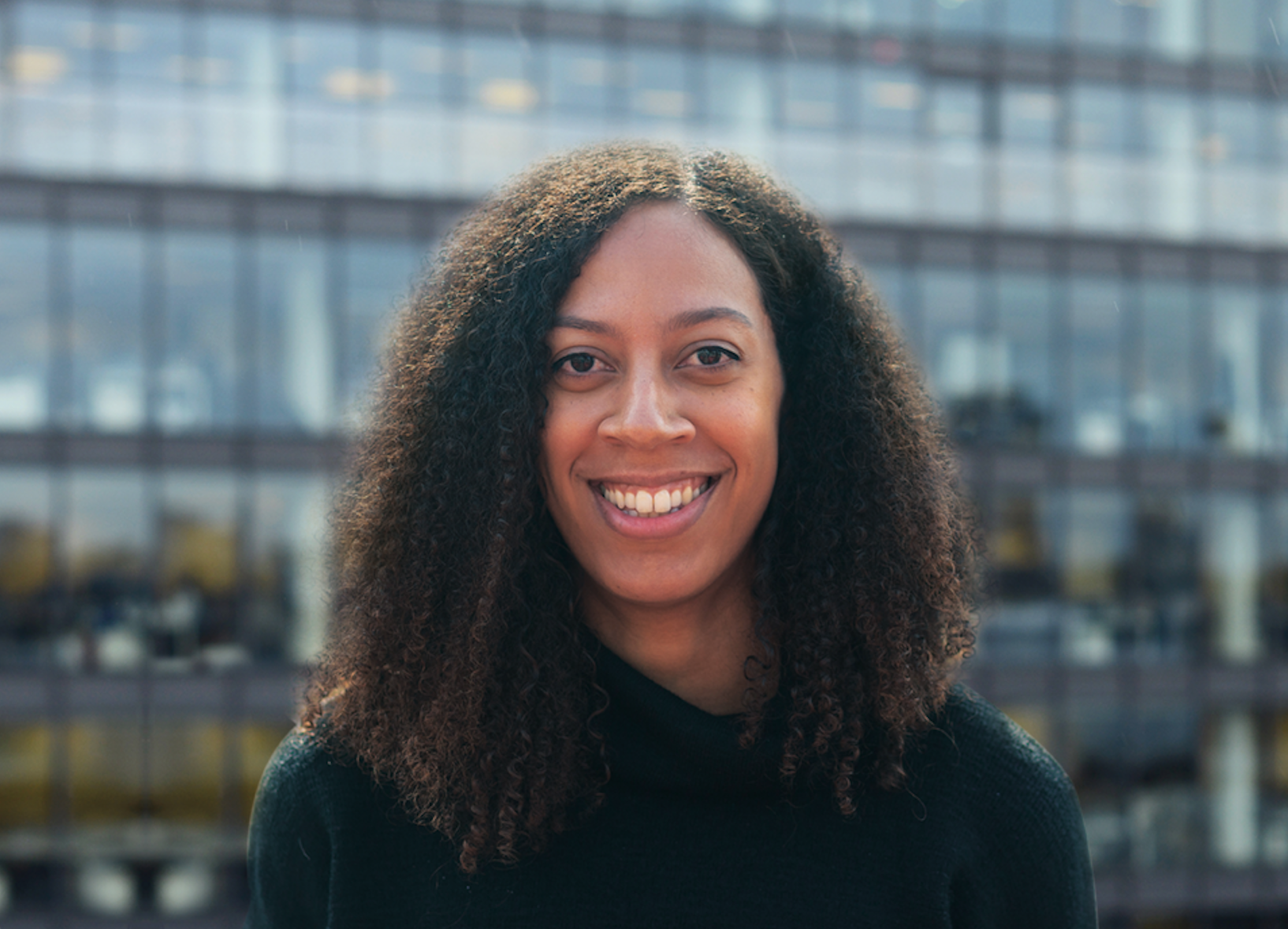 Rachel joined Benchmark in 2011 and is Communications Manager for the group. She previously worked as a sustainability consultant to drive improvements across food supply chains.

In March 2020, Rachel was appointed Employee Representative to strengthen the employee voice in the board room in line with the new Corporate Governance guidelines. Rachel holds a BA in Geography and Planning from Newcastle University. 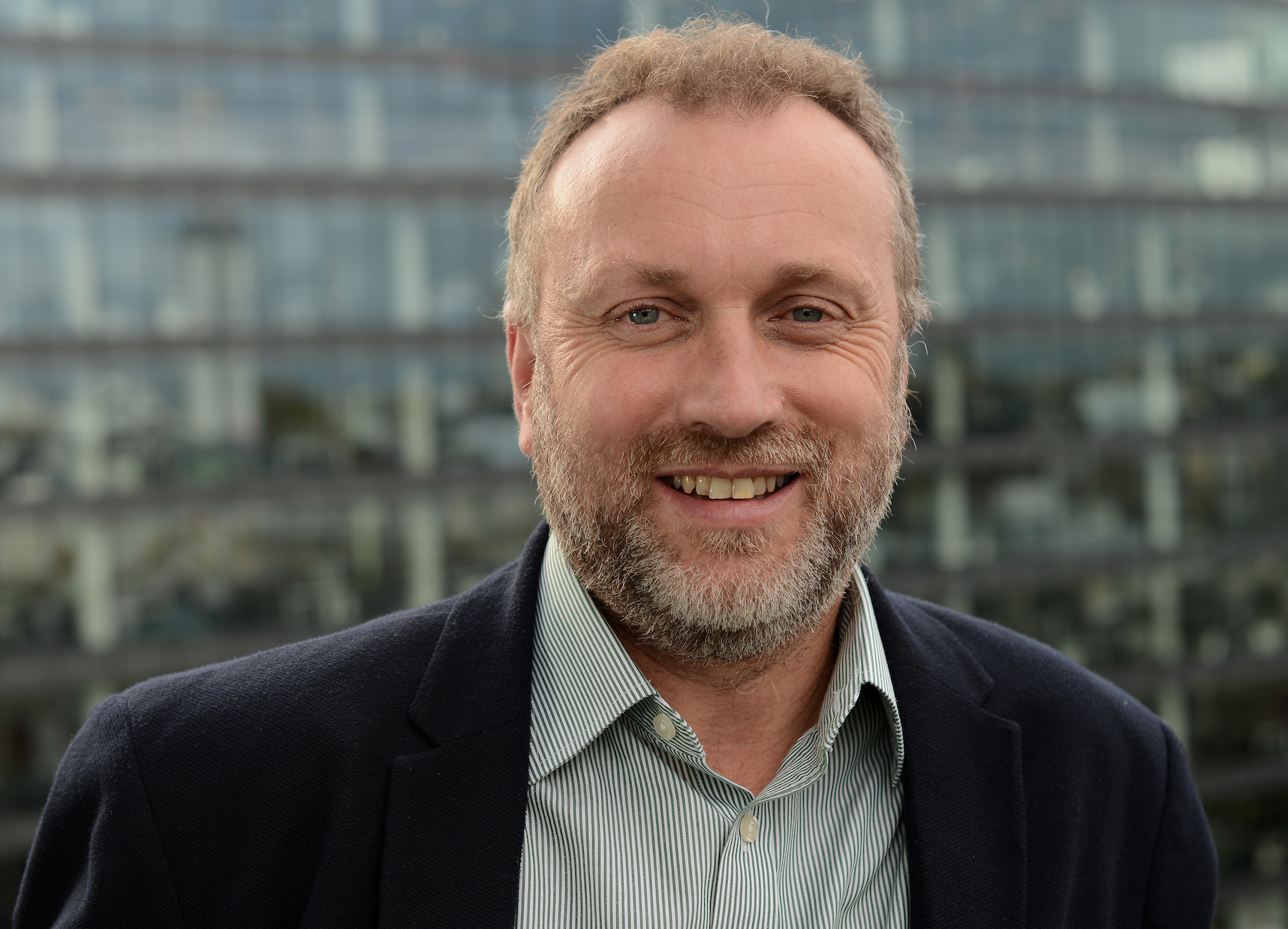 Simon joined Benchmark in 2014 after 20 years working as a business adviser within Arthur Andersen and a leading UK regional advisory practice. An Economics graduate with an interest in international trade, Simon qualified as a Chartered Accountant in 1996 and then specialised in supporting clients through M&A and business change projects, both as an external adviser and through strategic corporate secondments.

Since joining Benchmark, Simon has assisted the board in the key acquisitions which have driven the establishment and growth of the Genetics and Nutrition divisions, and plays a leading role in acquisition, investment, refocusing and divestment projects throughout the Benchmark Group. 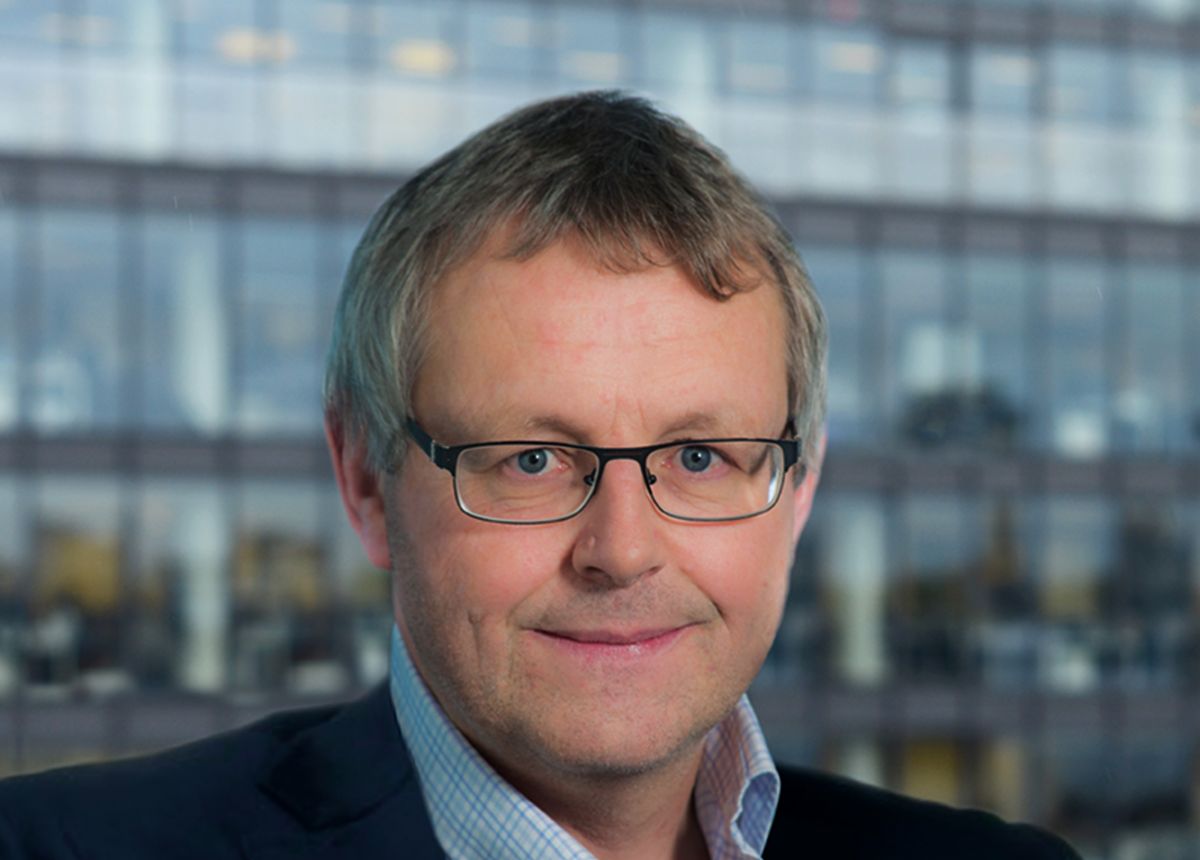 Director of R&D and Innovation

Morten joined Benchmark in 2015 when Akvaforsk Genetics Center (AFGC) was acquired. He currently holds a dual role, as Director of Genetics in Benchmark Genetics, and newly appointed head of the cross-divisional Benchmark Innovation Board.

Morten earned his PhD in Animal Breeding at the Norwegian University of Life Sciences. Following a scientific career aquaculture genetics, he spent 15 years building AFGC into a major provider of genetic improvement services to aquaculture industries worldwide. He has authored or coauthored more than 60 scientific publications on quantitative genetics and selection applied to aquaculture species. After joining Benchmark he has been working with coordinating technical genetics services and R&D priorities across Benchmark Genetics. 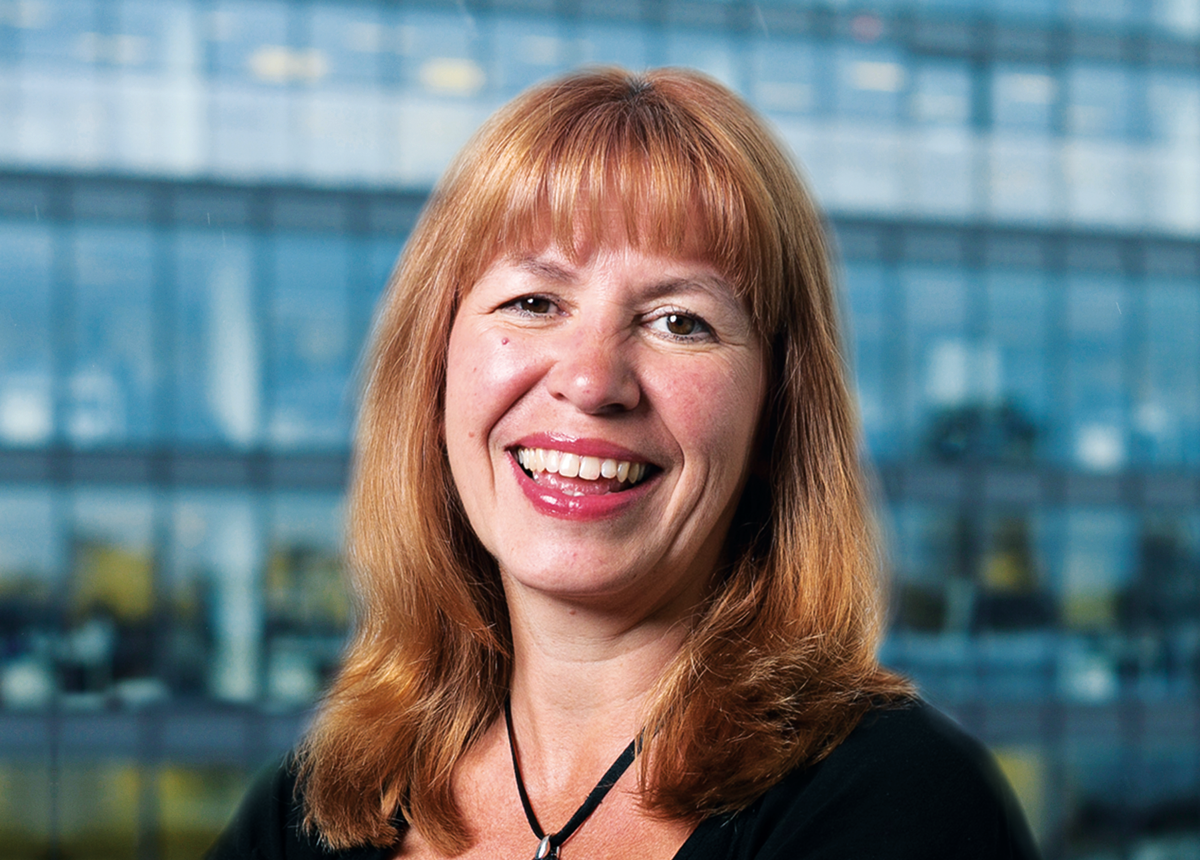 Corina is an experienced global HR leader with over 25 years’ living and working extensively across EMEA, Asia and the Americas. She has worked for both large and complex companies in technology, pharmaceuticals, and financial services as well as smaller entrepreneurial start-up businesses.

Throughout her career Corina has led global HR teams in creating values-based company cultures, creating and leading employee engagement and development programs, and implementing reward and talent management strategies that support the achievement of business goals and objectives, together with acting as coach and mentor to senior leadership teams.

Corina joined Benchmark in January 2021 from Hyve Group Plc where she was Chief People Officer.